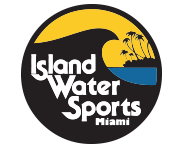 MIAMI — As Hurricane Ike churned toward Cuba and the southern tip of Florida, surfers here studied weather charts and hatched plots to outwit police for a chance at the rarest of Florida surf, the big wave.

For meteorological and geological reasons, Florida never gets the kind of waves that crash on Hawaiian beaches or the West Coast. Florida’s best surfers spend most of their time in other countries. 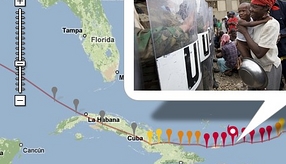 Everything changes when a hurricane approaches. Earlier this week, Tropical Storm Hanna produced 12-foot waves in Palm Beach County. The conditions created “an epic day,” said Don May, chief of Palm Beach County Ocean Rescue. Surfers, he said, “came out of the woodwork.”

Scott Payne, the 45-year-old owner of Island Water Sports, a surf shop in North Miami Beach, was keeping a close eye on weather reports tracking Hurricane Ike. “There will be this classic confrontation where the police are yelling and we’re in the water surfing, and we’re not getting out because this is the only time the waves are good,” he said.

Hurricane Ike was a category 3 storm with maximum sustained winds of 120 miles per hour. Its projected path, once on a beeline toward Miami, shifted gradually to the south, and forecasters were predicting that the city will be largely spared of high winds.

Ike packed 135-mile-per-hour winds Sunday, but weakened as it crossed over Cuba. Forecasters say it will head toward the Gulf of Mexico, where it could regroup and make a second charge, landing later this week anywhere from the Florida Panhandle, to New Orleans, to the offshore oil fields of Texas. FEMA officials said they were preparing for storm-related troubles after Ike enters the Gulf of Mexico. Some facilities in South Florida have started evacuating critical patients, and FEMA has restocked supplies that were used during Hurricane Gustav last week. 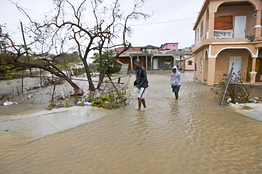 Surf shop owner Scott Payne is keeping up with reports on Hurricane Ike. ALEX QUESADA FOR THE WALL STREET JOURNAL

By late Sunday, Ike’s wind and rain already had being blamed for nearly 50 known deaths in Haiti, in addition to nearly 300 other lives lost due to hurricanes this year in the Caribbean and the U.S.

A weakening Tropical Storm Hanna, meanwhile, passed through the Northeastern U.S. and swept swiftly across Canada toward the North Atlantic, leaving New Jersey and other states in the region wet but unharmed. 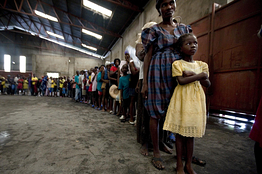 Even if Ike doesn’t come close to Miami, it will likely spawn big waves and create a dilemma for surfers who dread the storm’s destruction and human suffering on one hand but thrill at its excellent surf on the other.

One of the Florida’s greatest surf days came during Hurricane Katrina in 2005. A video posted on the popular Web site Surfline.com shows shots of surfers riding massive waves off the coast of Florida’s panhandle a day before Katrina made landfall.

Every time a big storm hits the Miami area, police and surfers engage in a cat-and-mouse game as authorities try to empty beaches. In the coastal town of Bal Harbour, which boasts one of Miami’s best surf breaks, police usually close the beaches after a hurricane or tropical storm warning. Capt. Jay Smith of the Bal Harbour police department, said surfers who paddle out in storm conditions have no idea what they’re doing. Ten years ago, he said, a teenager drowned during a storm after his surf leash got tangled around a buoy .

Last year, professional surfer Matt Kechele,who lives near Cocoa Beach, formed a venture called Hurricane Chaser. The mission, according to a blurb on Surfline, is “to chase down Atlantic hurricanes and storms that will put the often forgotten U.S. East and Gulf Coasts on the surf radar once and for all.”

This year, Mr. Kechele and others have surfed swells engorged by Hurricane Gustav and tropical storms Hannah and Fay. Should Ike follow its projected path into the Gulf Coast, Mr. Kechele and his pals will head to the Florida panhandle with the idea of finding “the best possible location to catch the perfect wave.”

—Christopher Conkey contributed to this article.